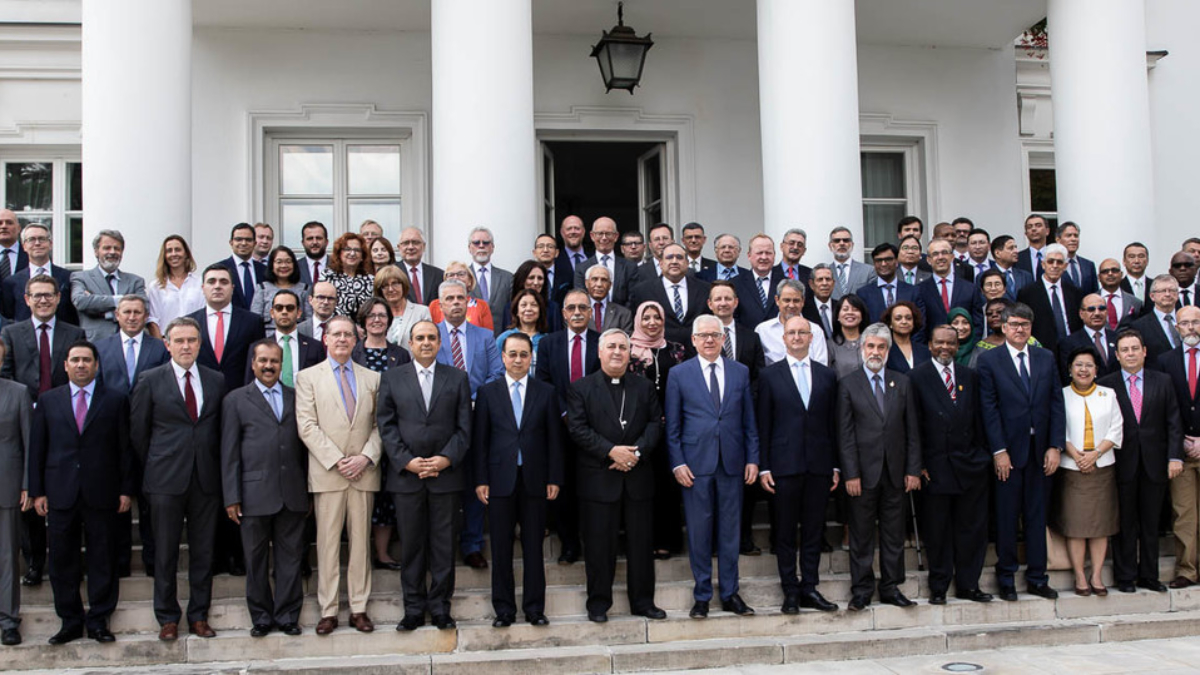 “Protection of civilians during military conflicts is a priority area strictly related to international humanitarian law. We focus primarily on the groups most affected by military operations and discrimination, that is women, children, people with disabilities and religious minorities,” said Minister Jacek Czaputowicz during a meeting with the diplomatic corps on the occasion of Poland taking over the UN Security Council presidency in August.

The aim of the Minister of Foreign Affairs Jacek Czaputowicz’s meeting with the representatives of the diplomatic corps was to present the agenda for the Polish presidency of the UN Security Council next month. Minister Czaputowicz underlined Poland’s invariable commitment to the observance of international law, including international humanitarian law, protection of civilians and the security in our immediate vicinity. “As a member of the Security Council, Poland shares the responsibility for the solution of the most urgent global problems,” noted Minister Czaputowicz.

Many events are on the agenda of the Polish presidency. On 2 August, an open debate of the UN Security Council will take place on children in military conflicts, on 13 August a high level briefing will be held devoted to international humanitarian law, while on 20 August the UN SC will discuss security issues in the Middle East. An informal Council meeting on the security of members of religious minorities is scheduled for 22 August. “On the same day we will celebrate the first International Day Commemorating the Victims of Acts of Violence Based on Religion or Belief established by a resolution of the UN General Assembly initiated by Poland in May this year,” stressed Polish foreign minister.

In his statement, the minister shared Polish experience to date as non-permanent member of UN  Security Council. “After a year and a half of Polish presence in the Council, we can say that the membership required intensive diplomatic work to seek common solutions to current security crises,” underlined Minister Czaputowicz.

On the sidelines of the meeting, the Polish foreign minister also noted Poland’s candidacy to the UN Human Rights Council in 2020-2022. He also pointed out that Polish candidacy is the continuation of our country’s engagement on the multilateral forum and the confirmation of our activity in all three UN pillars of peace and security, human rights and development.

The approaching presidency of the Council is the second time since Poland became a non-permanent member of the UN Security Council. The previous term of presidency was May 2018.