Foreign Ministers’ Gunawardena and Asselborn identified finance and banking, green bond investments, air cargo connectivity and tourism promotion as priority areas to enhance further cooperation. Implementing the MoU between Cargolux and the Ministry of Civil Aviation of Sri Lanka was underlined, focusing on the Mattala airport. It was noted that with Luxembourg’s position as a logistics hub in the Benelux region that air cargo connectivity would boost bilateral trade. It was noted that Luxembourg is the second richest country in the world in terms of nominal per capita GDP and world’s second ranked destination for investment funds after the US. Therefore, the potential for stronger trade and investment cooperation was reiterated. Having identified Luxembourg tourists as high spenders, further increasing tourism was also discussed.

Sri Lanka’s Foreign Minister also extended appreciation for the humanitarian assistance extended by Luxembourg following natural disasters in Sri Lanka, including previous assistance provided for resettlement of Internally Displaced People (IDPs) after the end of the conflict in 2009.

Both Ministers expressed optimism that this visit would provide fresh impetus to identify results-oriented programmes for mutual benefit. 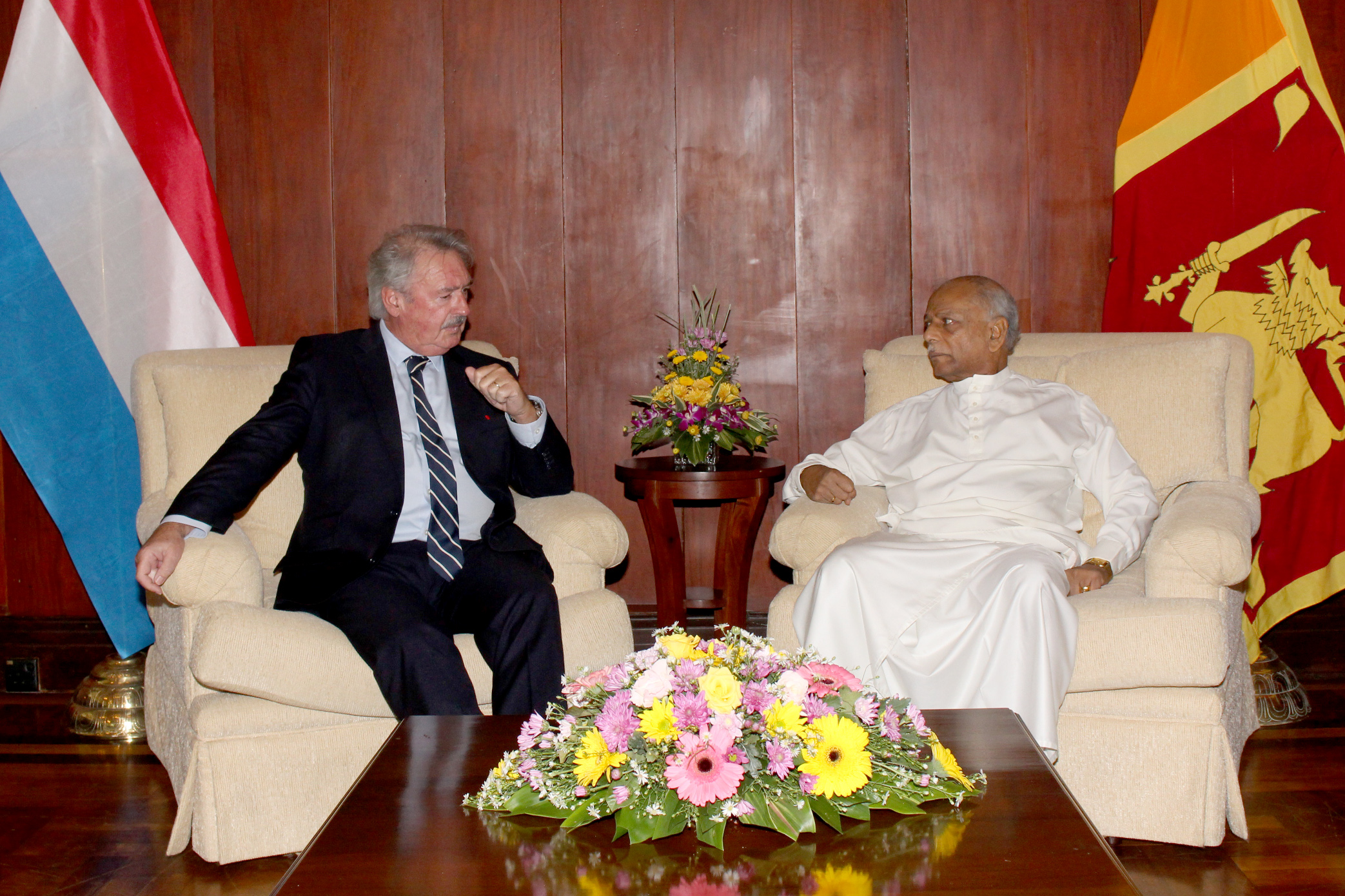