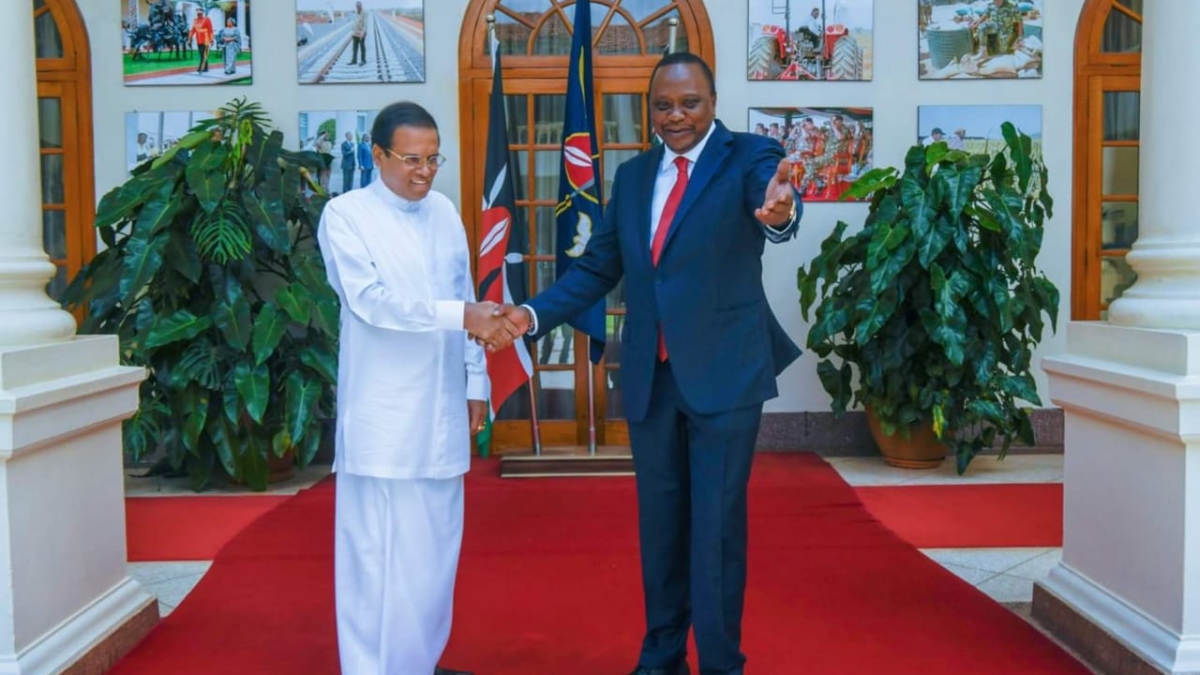 His Excellency Maithripala Sirisena, President of the Democratic Socialist Republic of Sri Lanka visited Kenya to attend the One Planet Summit and the Fourth Session of the United Nations Environment Assembly  from 13th to 16th March 2019.

Addressing the Environment Assembly, the President highlighted Sri Lanka’s achievement in contributing towards an environmentally sustainable future for the children of the world.   The President stated that several ground level Blue-Green smart initiatives have been taken covering both land and ocean. The President also stated that Sri  Lanka cosponsored Resolutions  at the UNEA 4 Assembly along with other partnering countries on;  Conservation of  Mangroves, Marine Litter and Microplastics, Solid Waste Management and Food Loss and Waste.

Appreciating the long term collaboration with Sri Lanka, the President visited the International Centre for Research in Agro Forestry (ICRAF), where a tree was planted in commemoration of his  first visit. Director General, Mr.Tony Simons and Deputy Director Research,  Mr.Ravi  Prabhu,  appreciated  the  initiatives of the  President  in the environmental  front  and   thanked  him for his support  in their  endeavours in Sri Lanka as the  Minister of Environment. Mr Prabhu, made special mention  of the environmentally sound initiatives taken by the President around the Moragahakanda project.

President Sirisena also had a discussion with President Kenyatta at the State House on 15th March 2019. Both Presidents focused on common issues that hinder rapid development of the two countries.

On the morning of 16th of March, the President was welcomed by Rev. Yatirawana Wimala Thero at Sri Lanka Buddhist Temple in Loresho, Nairobi. Kenyan student s from surrounding schools performed a traditional dance to welcome the President.