The position of Sri Lanka in the Indian Ocean places it astride the great sea-routes, past and present, between Europe, India and the Far East. Sri Lanka possesses in the port of Gokanna (Trincomalee) one of the largest and the safest natural harbors in the world, and numerous smaller bays, anchorages and roadsteads afforded adequate shelter for the sailing ships of ancient times, which was a flourishing port at that time.

From the second century, Sri Lanka became familiar to Greek and Arab sailors it has been a port of call and emporium of the sea-borne trade between West and East, and the Silk Road also routed via Sri Lanka. In addition to that traders from India and China also had relations with Sri Lanka. Foreign trade become more important and played a significant role during the colonial period.

A major change has taken place in foreign trade over the past fifty years, especially after 1977 in terms of composition of both exports and imports. The largest share of Sri Lanka’s exports is now accounted by the industrial sector. 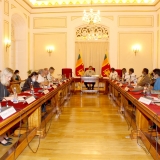 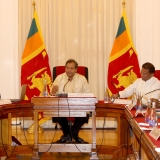 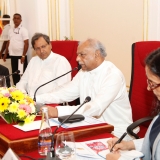